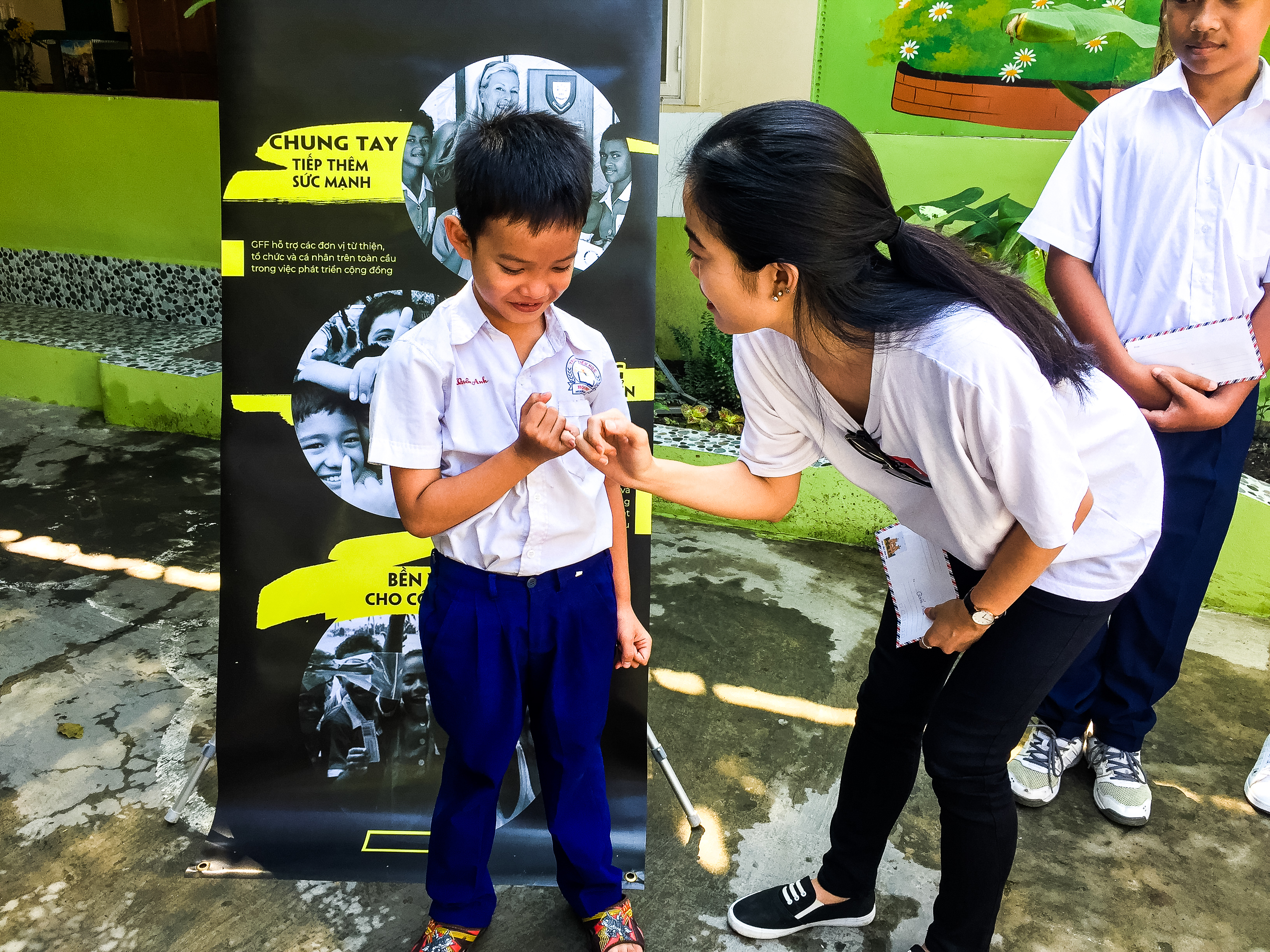 It is with great sadness that I am writing of the sudden, tragic passing of one of our GFF representatives, Thanh Vu a few weeks ago. She was a kind, giving, beautiful soul who touched the lives of everyone she encountered. Thanh had the challenging task of initiating GFF’s work in Vietnam and despite many obstacles she encountered along the way, through her sheer determination, she always found a way to drive the project forwards. She had such a big heart and wanted to help make the opportunities she had available from her education in Sydney, more accessible to other children in her home city of Ho Chi Minh.

Our team at GFF were so lucky to have found someone with such knowledge and dedication to inaugurate our quest in Vietnam. Thanh grew up in Vietnam and advanced her education in Sydney, despite a very promising career in the corporate world she decided her path was to help those less fortunate in her home community.

Through her personal contacts she made a strong partnership with E-Share, a local NGO who offer sponsorships to children who cannot afford to go to school. Through her vision she developed a GFF HELPS sponsorship which supported ten children with school fees, uniforms and books. It gave them access to a level of eduction that would otherwise have been out of reach, due to their family financial constraints.

Her GFF HELPS curriculum for these children didn’t stop at their school education; she wanted to give them a broader insight to elevate their opportunities by teaching her Life Skills Coaching Course. This broke the barrier of traditional Vietnamese teaching and schooled them on the importance of communication, awareness of the environment, personal hygiene, protection against child molestation and the impact of study to their future.

Thanh knew that the future of the children wasn’t just down to education but recognised that in order for this project to succeed she needed to have the support of the parents too. She began a project called Positive Parenting which educated the parents on the positive effect of children having strong, supportive role models around them and that inconsistent parenting led to higher chances of childhood behavioural and emotional problems.

As you can see, Thanh’s vision to help the underprivileged was unfaltering and came from the heart. We at GFF are so proud and grateful to have have had such a genuine, kind individual as part of our team. She will be thought of often and greatly missed. A true inspiration.