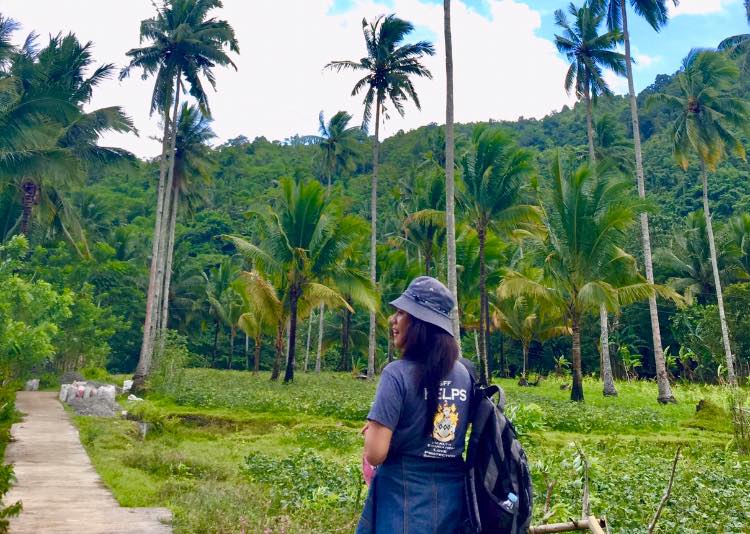 The GFF HELPS Philippines is delighted with the successful result of the Solar Project Phase 1 in the Village of Mercedes in the Town on Madalag last December 2020. Upon hearing the beneficiaries’ meaningful testimonies and seeing how the Solar Lights have been changing their lives, we pushed through the second phase in the next prospect village, the Galicia, without any hesitation.

The village of Galicia is enriched with good and humble people. The nature’s peace really reflects in the people’s faces whenever we passed by them while we are on the motor-taxis. The village is surrounded by hills and mountains, by ponds and rivers, by cows and carabaos, with the scent of countryside here and there. Our eyes was filled with coconut palms and old trees, with blue skies with the calm river below, hence farming and fishing also served as their main source of income. The place was so relaxing that everyone would wish to get a t home in there. Despite the lack of electricity, and long distances between the neighbors, they still continue to have this close relationship among each other.

After meeting with the town leader, Mayor Gubatina and the Village leader, Honorable Nalaunan, we push through the giving of solar lights an d meet the people of Galicia on May 7th.  After the distribution and demonstration of each material inside the solar light box, we went to visit the houses of the beneficiaries to install the newly-received solar kits. We need to trek some highlands and cross a river to get to nearby houses. Reaching each houses require few kilometers walk and trek, hence the tiredness had all vanished when we saw the welcoming smiles of the beneficiaries. Fina, an 82-year old woman who is living alone in her bamboo hut said, “I live alone since my children are all married and are living separately. This solar light will guide me through when I wake up in the middle of the night going to comfort room.” Another beneficiaries, Connie Diaz said, “My children are studying and this solar light is a big help in making their learning modules at night. Thank you, Sir Owen and GFF.” 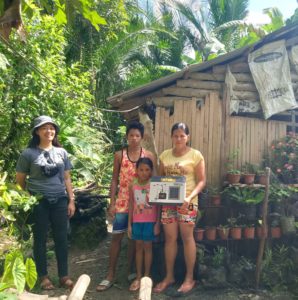 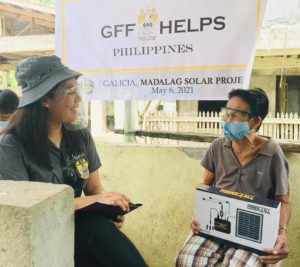 Fina, 82 year old, one of the oldest beneficiaries and living alone is being interviewed by LP

Joe FisherSolar-Powered Homes for the People of Galicia Village06.15.2021