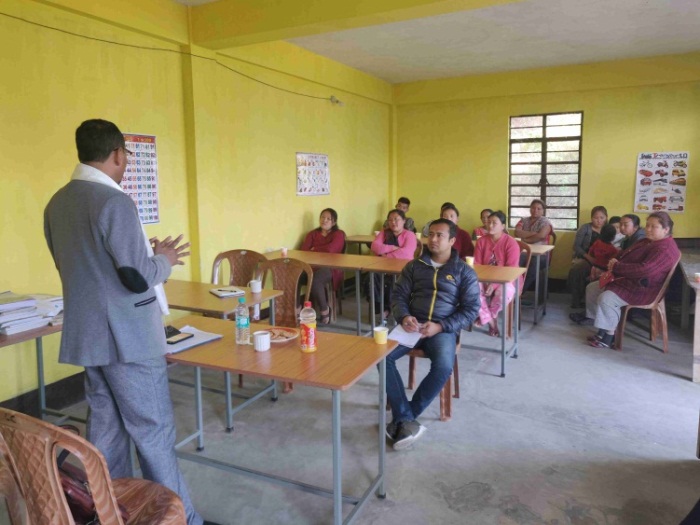 Bong, Chibbo and Pudung are rural villages in Kalimpong, India. Most of the people in these villages are economically disadvantaged with low education levels, which has led to a lack of awareness about various services that the government and private sectors are providing.

The agencies do not always reach these villages and the villages are sometimes left behind in the development work. Lack of Savings habit has been seen among the villagers and a lack of knowledge about the Postal Department has meant that very few or no services they offer are being used. One of the reasons behind this is the distance of the Branch Post Office is about 5kms in another village and the District Head Post Office is also of the same distance. Therefore, a need to bridge between the gaps was essential in order for the villagers to get the right information. So, the first service need of the village identified was Information and Awareness Event on the Postal Department.

The Department of Post, trading as India Post, is a government operated postal system in India. It is the most widely used postal system in the world and has been serving for more than 150 years in delivering mail, accepting deposits under Small Savings Schemes, providing life insurance cover under Postal Life Insurance, and providing retail services. It also acts as an agent for the Government of India in providing other services for citizens such as wage disbursement and old age pension payments.

On 6th Dec 2019, Mr. Ugen Lepcha (Bong Centre In Charge) and I visited the India Post Office, Kalimpong. There we were introduced to the Post Master Mr. Anil Kumar Chettri, the Marketing Executive Mr. Bhakta Bhadur Pradhan and the Inspector of Post Offices Ms. Seema Gurung. They were pleased to hear about the initiative taken by us and instantly accepted the proposal to conduct an awareness event in the three villages.

A three day event was held in Pudung, Bong and Chibbo on 14th, 16th and 28th of January 2020 respectively. The Marketing Executive and Inspector of Post Offices, Kalimpong came for the event to give awareness the people and to clear their doubts regarding the Postal Department’s services. They explained verbally to the villagers and used one to one interaction in order to clear their confusion. Various doubts were raised by the villagers whom the officials tried to address and make them understand.

There were 30 participants in Deorali (Bong Busty), 20 in Tirwa Gaon (Chibbo Busty) and 12 in Sungdung (Pudung Busty) making a total of 62 beneficiaries of the event. The event not only created awareness among the villagers but it also took another step of submitting a proposal for a Branch Post Office in the villages to the Superintendent of the Post Office. Another proposal for a Direct Agent service of the Post Office in Deorali, Bong Busty was also submitted by Ms. Sabitri Rai (Teacher of SOGGL&I Centre Bong Busty) who is willing to work as a Direct Agent for the villagers. She has already submitted her application.

The villagers said that they got informed about various saving schemes services that were meant for their benefit and were thankful because they could now avail those schemes from the Post Office.

One of the participants said that “I was confused about the age requirement for the saving scheme of a girl child, but now I am clear and will apply soon for my daughter”.

Another participant said that “I never thought of saving in a Bank or Post Office because I did not know about the benefit that I would get in return as interest but I think it is time to do so”.

The participants also said that they want more Information and Awareness Events to be held in their villages so that they get informed about such beneficial services. They were thankful to GFF for conducting the event.