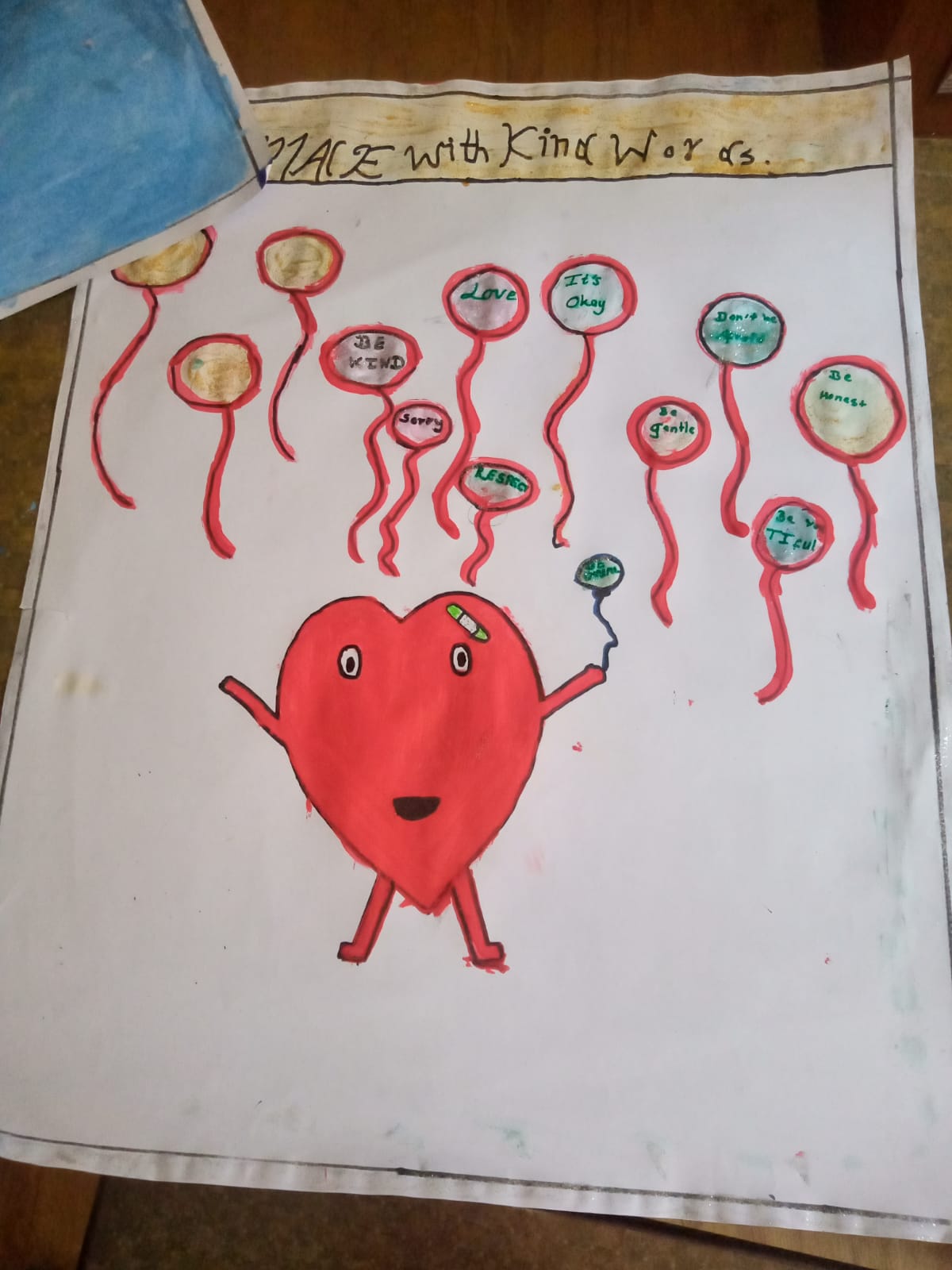 One step at a time, to empower the younger generations from community schools into becoming conscious of their emotional health. The assembly on Children’s Mental Health took place on 26th August, 2022 the audience present at the site were the entire school students and staff from Bal Kumari school. These students who are in-fact beneficiaries of ESL- educational project under GFF Helps Nepal, took the lead on sharing awareness on Children’s Mental Health and why it matters? The assembly aimed at improving the students in both public speaking and pronunciation in English Language. While, supporting the overall objective to spread knowledge Students from class VI perform an assembly on Children’s Mental Health Matters on mental health with the entire school. The use of posters illustrating imageries such as: An Ice-Berg (on the surface and within water displays actions and emotions respectively); two minds one filled with a beautiful garden , while the other filled with thunderstorms; posters that shows a cartoon boy with a message saying: It is okay to be sad, anxious, worried, confused, angry; the final poster shared the message on using words that are loving, healing, kind, caring and life giving. The ESL (English as a Second Language) and mental health sessions are inter-related focusing on both of GFF Helps Nepal -Education and Emotional Learning Projects.