In 2019, GFF HELPS Philippines Team has worked on Solar Project in two new villages following the success of the first Solar Project in Panipiason in January of the same year. Medina and Mamba are neighbouring villages of Panipiason, located in the furthest mountains of Madalag, Aklan. Both villages have only been connected to the main electrical grid two to three years ago. However, many residents, especially those who live very far away from the village centre and those who cannot afford the labour costs are still using kerosene for light at night.

Luzbella, a 76-year old grandmother, is one of them. Lola (grandmother) Luzbella has lived in Medina her entire life without electricity. She lives with her daughter, son-in-law and two grandchildren on top of a small hill. In this village with a little over a thousand people, it is usual for families to live together with their grandparents in one house. Despite living close to the electricity pole, Lola Luzbella’s family cannot connect to the main electric grid as no one in the household has a permanent job. Her daughter has a bone-related illness that prevents her from working, whilst her son-in-law can only work as a helper in a farm in time of harvest. This is common in other households we’ve visited in these two villages. Most people rely on their ani (harvest) whether it’s rice or vegetable plants nearby. Like most residents here, Lola Luzbella’s house was badly damaged during the typhoon Yolanda but was able to rebuild it with the help from local government and their community.

A lot of households share similar circumstances with regards to sharing a small house between at least five to eight people, lack of permanent job or no consistent source of income and inability to afford the fees that comes with connecting to the main line despite living near a power line. The rest of the recipients live 4-5 hours walk away, in which we could not visit as advised by the local government officials. There is no pathwalk and their houses are in the mountainous areas that even the local officials find difficult to go to. Due to financial hardship and distance of their houses, they have no choice but to use kerosene or candles for light. This affects their daily lives as their days are shorter than those with electricity and cannot do other activities that may seem normal to others like cooking dinner after dark or helping their children with their homework at night.

We coordinated with the Local Government Unit to identify the families with no electricity and were unable to provide their own. The Mayor’s Office and the Barangay (Village) Councils helped tremendously in coordinating the recipients, following our criteria, as well as providing support throughout the entire process. On 5th July, 80 families in Medina and Mamba received their new D’light Solar Kits and another 35 families from Medina received theirs on 7th September 2019. Tools and instructions on installation and maintenance were provided in Akeanon, the dialect used by people living in Aklan.

The projects had been successful with very positive results from our survey, two months after the distribution. Nida, a mother from Mamba said that their grandchildren sleep better with the lights on at night. Another mother said this a huge benefit to them as they can just turn the lights on when their newly born baby starts crying in the middle of the night. Another recipient that we previously visited, Lola Luzbella says she can now make products using pineapple leaves at night that she sells in the morning. This shows that having solar power does not only help them in their daily lives but also allows them to continue their livelihood even at night.

By providing the solar kits to 115 new families in Medina and Mamba, we did not only provide light for basic use but we also give them a sense of security in their own homes. Families are now able to create better memories as they have their dinner where they can see each other’s faces. Children will no longer be scared of the dark at night. Parents will be able to prepare meals for their children at dawn. They were also very thankful as they no longer need to use kerosene. Not only that it saves them money but it also safer for their health as inhaling the smoke from kerosene could lead to respiratory diseases. Now, they are not only living safely but also sustainably. Recipients have expressed their gratitude to Sir Owen Glenn, the volunteers and LGU and are looking forward to using their solar panels for a long time. They promised to look after and maintain their solar kits so they won’t get damaged as they saw the huge impact on their lives. We can conclude that Solar Project Phase 2-4 have been a success as the recipients see its value and has already impacted their lives in many ways. 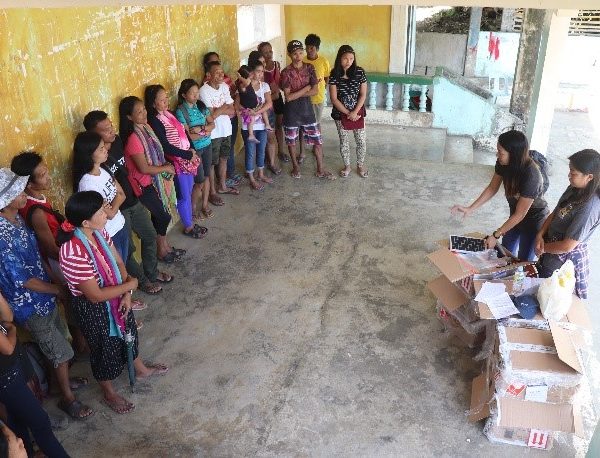 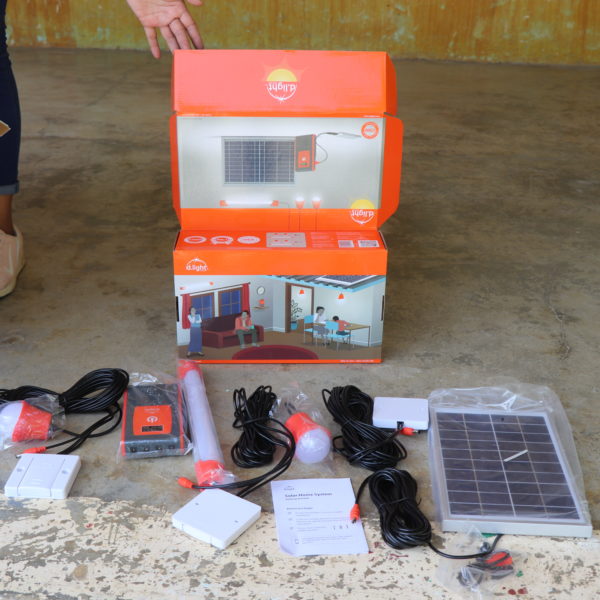 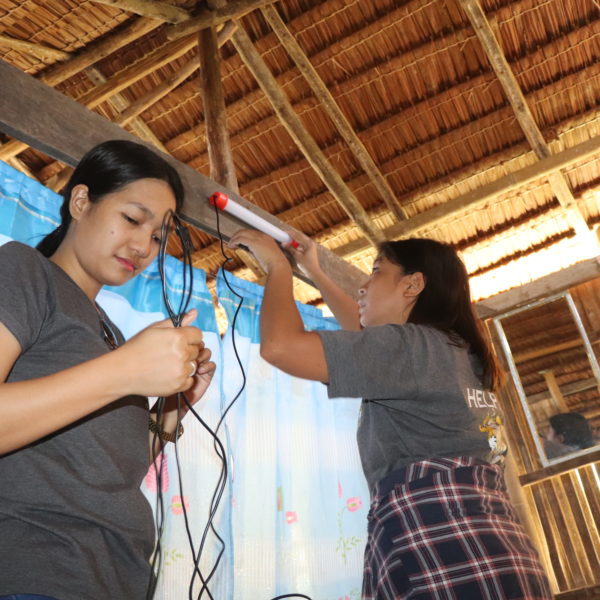 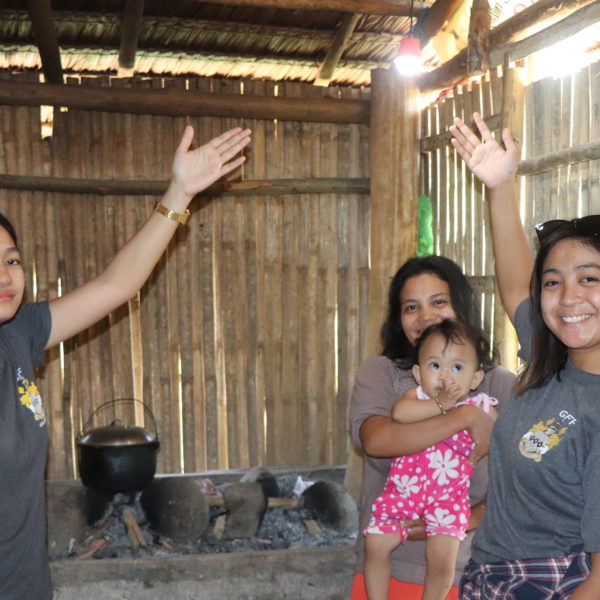 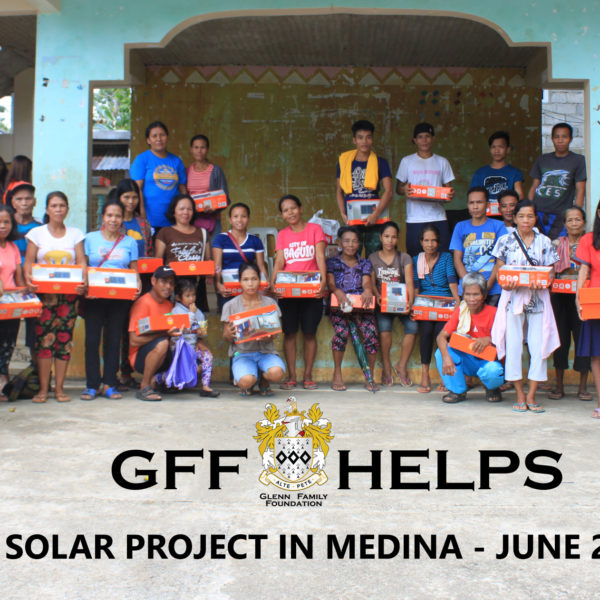 This year, GFF HELPS Philippines is planning to conduct our Phase V of Solar Project in three more villages in Madalag, Aklan. Please follow this space, as well as our Facebook Page for any updates on Solar Project and other initiatives.