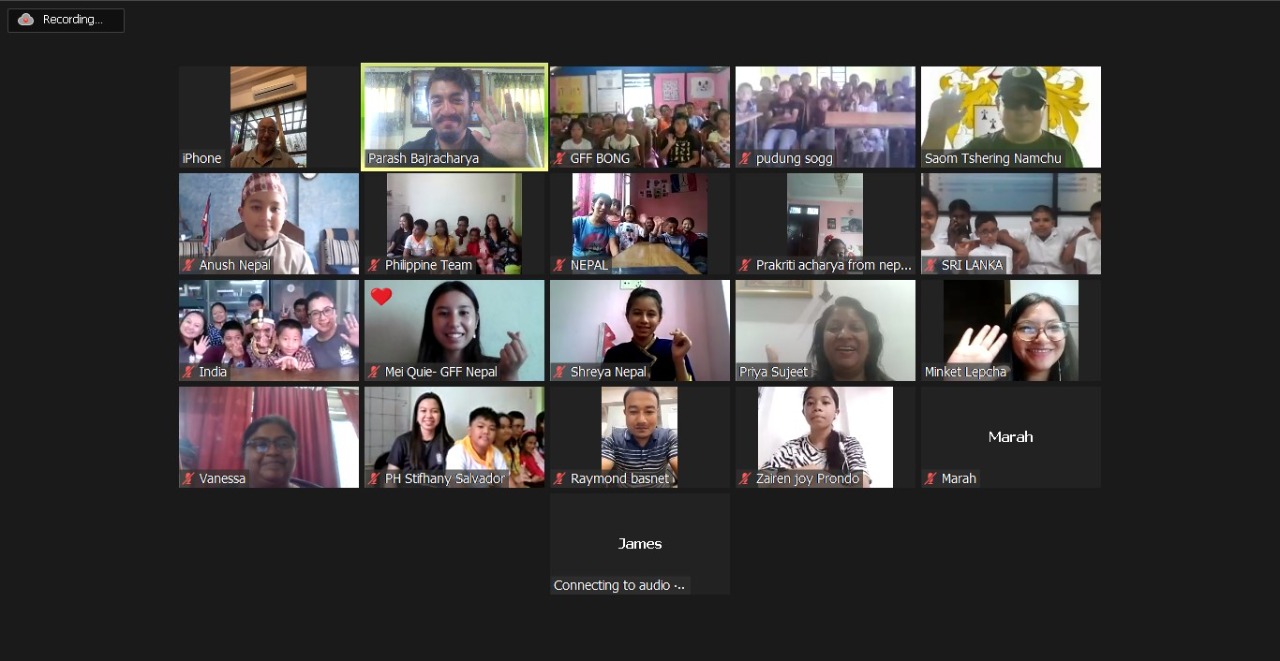 It was during the pandemic that the storytelling session had begun and it was these stories that got us together. All respective representatives and volunteers got together and they started narrative storytelling sessions online in their respective countries. It has been two years that the pandemic has lessened but the relationships that we made during those times has got us really good bonds with children. Some of them stayed and some of them grew together with us. It was in the month of August that ‘A storytelling Gala session’ was organised where all the four countries came together along with their children and they shared stories of their culture wearing their traditional dresses. This was a perfect example of unity in diversity and they learned each other’s food, dress and songs.

GFF Helps India has been an active collaborator with the SOGG Learning centres of Bong, Chibbo & Pudung. They have been working in tandem on various thematic areas. Particularly in the field of education, GFF Helps India and GFF Helps Nepal have been organizing collaborative story telling session that targets the children of SOGG Learning centres since 2020. The main aim was to engage the children during the lockdown, when schools had been closed for a prolonged period of time. Other goals of the session have been to spark children’s imagination and stimulate curiosity, to help them build confidence and develop oratory & listening skills.

GFF Philippines have conducted storytelling sessions for their Philippino children and their sessions are always moral based and ends with an activity so that the children can remember the moral of the story. The children were very keen and excited to meet children from other countries.

GFF Sri Lanka is gradually going into the foray of telling stories through their English for Village Programme or Mobile Library. In the GFF HELPS Sri Lanka team, there were six students and they performed various kinds of performances. They wore Sri Lankan National costumes. Students have sung the Sinhalese song” Mage Ratata Dhalada Himi Saranai” Song (My country is the shadow of Dalada) and One student performed storytelling of the country song, another one delivered a speech about Srilanka, and there was a brief introduction about Sri Lanka. Finally one student played a Sri Lankan traditional music by using the traditional instrument in Sri Lanka.

On the 27th of August, a Grand Story Telling session was held online for the children of India, Nepal, Philippines and Sri Lanka, at the behest and guidance of a well known story teller- Ms. Minket. The aim of the session was to help children explore and understand the cultures of other participating countries, to inculcate the spirit of community and to help bring about positive influence inside the participant’s heart.

The participants presented aspects of their respective cultures. Team India, represented by the children of Chibbo Learning centre performed a mime (guided by Mr. Raymond- an assistant teacher of SOGG centre Chibbo), a dance and made a short and succinct presentation on India. Mr. Jimmy, Ms. Priya & Ms. Vanessa (Freight System), Mr. Saom attended the session and . The curiosity filled and the occasion was graced by Sir James Keir, Ms. Priya and Ms. Vanessa (Freight System). Mr. Saom opened the session and gave a brief introduction about the storytelling while Miss Minket Lepcha moderated the session. They all appreciated the children’s efforts. The session was full of fan fare and excitement. As a marker of appreciation, the children were given a certificate of participation.

Sessions like story telling have been a useful marker to assess the children’s progress and over the years, the children have learned about team work, polished their presentation skills, language skills which was evident on the grand story telling session. We hope to organize similar events for the children that will lead to their intellectual growth and help them develop social skills.

GFF PHILIPPINES WITH THEIR CHILDREN 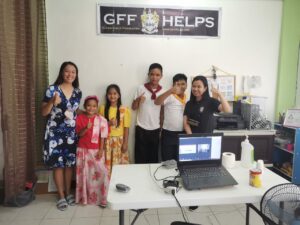 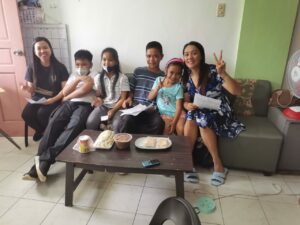 GFF INDIA WITH THEIR CHILDREN 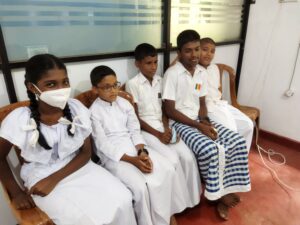 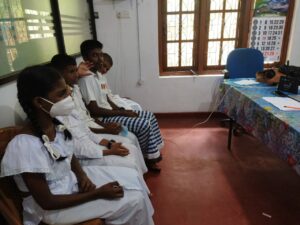 GFF SRI LANKA WITH THEIR CHILDREN 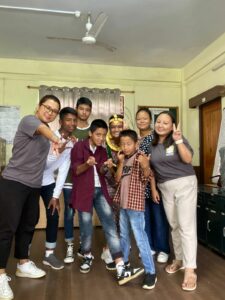 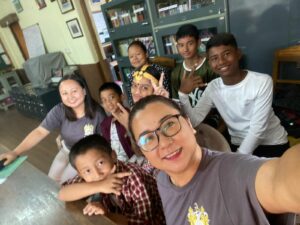